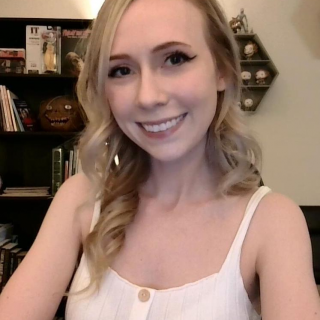 You're up early for work when your niece tries to sneak in after a long night partying, she's been staying with you and your wife for a couple of months. She's nervous at first when you catch her sneaking in but tries to play it off by making small talk with you, all while bent over letting her boobs dangle in your face. She excitedly tells you about a costume party she went to, how much fun it was and that she won the costume content! She catches you looking at her pussy and tells you you're not supposed to look at here there. You ask her what happened to her underwear and she tells you that she took them off for the costume contest. The guys told her they liked the costume so much better without panties and they were sure she would win if she took them off. They were right, she won! She was completely oblivious until she thought about why the guys wanted her to take off her panties and remembered getting a lot of dirty looks from the other girls at the party. Her smile turns sad and she asks you if you're mad at her or in trouble, you tell her she won't be in trouble if she shares her treats with you. Having brought home a big bag of candy she excitedly tells you that you're the best uncle ever and invites you into the living room where she spreads out the candy all over the floor while sitting spread eagle. You both go through all the candy and she asks you if there's anything you see that you want. You tell her it all looks good but you're satisfied seeing what you have, she looks confused. "So there's nothing you want, does that mean I'm going to get in trouble?" She realizes you're looking at her pussy and acts disappointed but teases you, letting you look at her pussy on full display. She then cleans up all her candy on her hands and knees, letting you get a good view of her ass and pussy from behind.