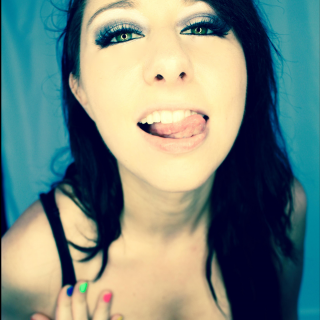 Kissing, Sadie is spent after screaming during her long climax. Dakota wants to go again and Sadie can't believe that she gets another orgasm out of her! Dakota grinds on her belly while fucking her with the vibe and pushes her over the edge.