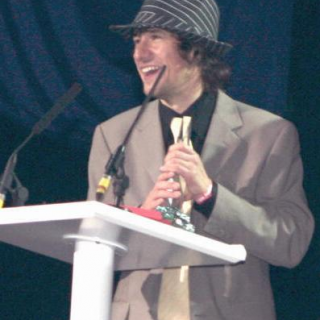 Lois Lust describes herself as a “Submissive Scouse Slut” so you kinda of know you are going to be in for a good time. Making a booking was easy and she arrived on time casually dressed. Andy invited Lois in to the apartment he had rented and they had a chat.

Lois started escorting by working for an agency who advertised for new recruits by leaflets posted in phone boxes! She soon went independent after being fed up with handing over 50% of the fee to the agency (the highest agency fee we have ever heard of).

Lois offers a couple of interesting services. Firstly there is a filming service – yes you can fuck her and film it! What is more if you let her have a copy of the film for her own use you get a discount on her rates. She also offers a stag party service and yes this does mean she will fuck multiple guys on the night. What a way to celebrate!

After the chat Lois went off to get changed in the bathroom and Andy waited for her on the bed. She re-appeared looking sexy as hell in lovely blue lingerie with stockings and killer heels. It’s like Lois knew Andy was a Man City fan! He was not interested in discussing football mind and they started off snogging.

They switched to sixty-nine. “You taste good,” said Andy. He asked if he could finger her. Lois readily agreed, “Nice tight pussy” noted Andy. “You got me rock hard” he continued, “you know how to suck dick.” Scouse girls eh? You can't beat them.

At the beginning of the punt Andy had talked to Lois about how flexible she was – she is a former gymnast. He now decided to try an interesting position to utilise her skills. Grabbing some pillows he positioned her upside down at the end of the bed. He then fucked her by drilling her from above.

Andy whipped off the condom and inserted his cock in her mouth now. Bouncing up and down he face fucked her. In another twist he then picked her up in this position licking her pussy while she sucked him off. What a fun time he was having. BTW Lois sure is flexible!

Lois climbed on top this time and Andy gave a good pounding from below. Lois seemingly came again – fantastic stuff. Andy decided he wanted to be on top of Lois. She grabbed hold of him and switched the position with his cock still inside her.

“I’m done in” said Andy. It had been quite an energetic session with a willing sexy slut who sure knows how to please a man. Highly recommended.