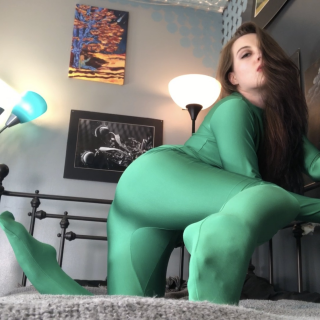 The new Fembot model has arrived! The big box was delivered earlier today and is waiting to be unpacked. You've read through all of the instructions that came with your Fembot purchase and are so eager to test it out. When you command your new Fembot to "wake up", she slowly begins to unfold herself from the cramped box.

How cool! The shiny Fembot follows a number of commands that you immediately test out. It has features like "cleaning", "cooking", and even offers incredibly realistic humanoid features like simulated breathing, sweating, and sexual fluids. Since the Fembot is hot off the manufacturing line and you're testing it before anyone else, you start slow, ordering the Fembot to "clean".

The Fembot fluffs the couch pillows, and even grabs the duster to clean the expensive figurines on the mantle. Her movements are slow and rigid, so you command her to speed up. Oh no! She moves too fast and knocks everything down, making an even biggger mess than before she started. You try to command the Fembot to shut down, but something has gone wrong. Instead of powering down,the Fembot starts to sputter and stutter. Her limbs move in jerky, staggering movements and her words become scrambled. The Fembot totters around, stumbling and nearly falling, even falling **** mid stride! Nothing you do gets the Fembot to shut down until an automatic power off override initiates and the Fembot puts herself to sleep. Finally!

But she's not done! Sleep mode was just a front as the Fembot was updating her software.Something has corrupted the Fembot and she strips off all her clothes, changing her commands from "clean" to "fuck" and "cook" to "stimulate". The Fembot suddenly has too realistic artificial intelligence and spirals out of control, even bending over and saying "Fembot FUCK FUCK FUCK FUCK FUCK BUTT! FUCK FEMBOT BUTT BUTT BUTT BUTT FUCK BUTT!" The Fembot has a virus! The voice command power off has been removed and the Fembot is operating on her own systems and commands now! There's no telling what will happen with the Fembot mysteriously controlling herself!